Overlooked concert from the early days of the Order.
Funny what you find buried in the depths of the "disque dur"

The first is a never-heard-before instrumental. Rather cool, really...

Sadly, the second track is missing.

Then follows Doubts Even Here, listening to it right now for the first time. Hmmmmmmmm...
After that comes Truth, another unpolished gem.

In a Lonely Place concludes, another chunk of diamond...

An early New Order concert, and in pretty reasonable quality to boot: kind of irresistable!

Ah well, as it was close to a year since the demise of "His Royal Greatness", here is a piccy which caught my attention quite sharply while doing one of the postings for the Blog: 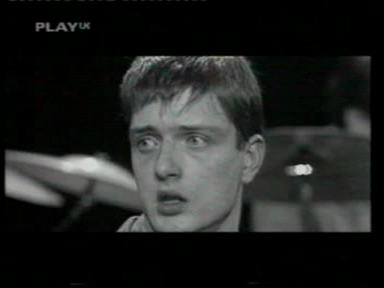