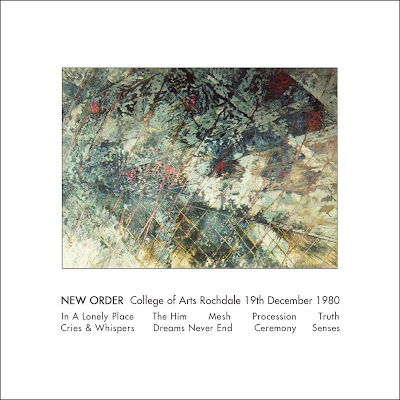 This is about as cool as New Order get.
Concert in an empty-sounding hall, sound problems, Bernard Sumner prattling.

In a Lonely Place splutters in rather gloriously, with eight songs following.
Dreams Never End demonstrates why Peter Hook did well to stick to bass guitar...
One or two of the songs here really hit the g-spot: the group's own sound is just starting to become audible.
Really raw and somehow as honest as anything out there.
Highly recommended!
Link: here
Posted by Joy Division at 19:04