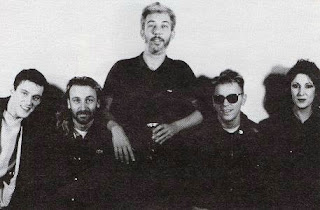 Rather interesting song: partly crap, partly cut, partly wonderful. All in one song - what more could one want?

If I remember correctly, during a radio interview John Peel said that NO were like the Fall, who sometimes could be "complete rubbish" but other times "left you thankful" to have been there.

But both those extremes in one song???