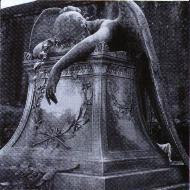 Hmm...this is really really something!

Years ago I bought Dante's Inferno, loved the first and last songs in spite of the poor sound. Each of the nine songs had been separated so the concert had no continuity to it. The quality of the sound started average, deteriorating through the concert, with the final song little more than a base monotone.

This version might as well be from a different night altogether...


The blogger always loved the final track at this concert, Atrocity Exhibition, in spite of the crap audio. But now there is great sound!! You can even hear the cymbals. Steven Morris must have needed a new drumkit after this song, and Curtis's voice has real power. Wow.......

And then there is the first song. This bootleg must have been culled for the song's appearance on H&S. The final wailing synth must be one of the sexiest sounds ever created! 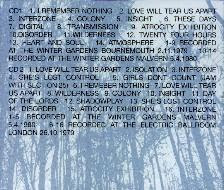 The bootleg also contains the Malvern concert from April 1980, as well as seven songs from the Electric Ballroom concert on 26 October 1979.

This bootleg is a must!