Unearthed by the Russian JD fans... 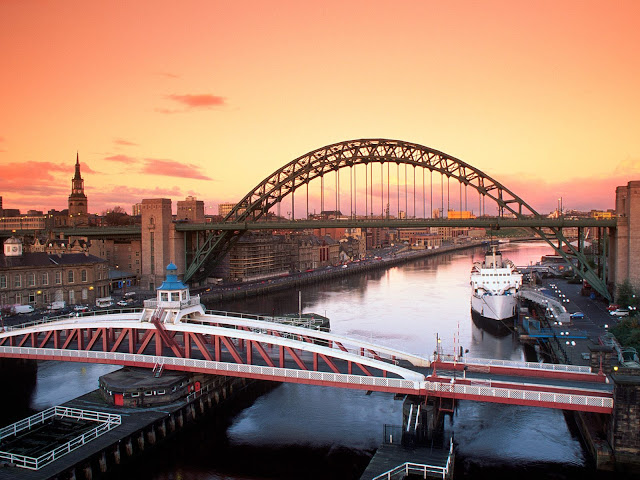 "Joy Division in concert were simply astonishing. I've never experienced anything like it. I was 15 years old and into the post punk type of thing. I'd known for a while that Joy Division were coming to Newcastle and wanted to see them - I'd heard a few things on John Peel and caught the end of a TV appearance on Something Else some time earlier. The Buzzcocks were generally viewed as a pop band by this point, who often had good support bands. The previous year I'd gone to see Subway Sect support them at the City Hall - unfortunately they were not very good in comparison with their John Peel session and singles.


"My friends and I got to the City Hall late, and had just got to our seats as the hall lights went down. The stage was very dark I recall, and as they began to play, I wondered when the lights were going to come on properly (they never did!). The first thing that struck me was the power of the drums - I'd never felt such deep bassy drums at a concert, one's whole body felt the beat. Ian Curtis was at the front of the stage, what seemed like the very edge - he appeared to be on a brink of a cliff. He couldn't have been more than 25 feet from where I was sitting. The others were just figures in subdued light - maybe it was blue, I cannot recall.


"When Ian Curtis started singing, it was loud and even deeper than the drums, and it caught you in the diaphragm - incredible feeling. I don't think he did "the dance" until a few tracks into the short set, but when he did, staring into the audience, it sent shivers down my spine, and I realised that I was witnessing something extraordinary.


"A few of us stood up out of our seats at that point (we had been told to remain seated), and bouncers attacked many of us, including my friend about three rows in front of us - the memory of a bouncer leaping over rows of seated people to attack my friend, while Ian Curtis did his dance above on the stage during "She's Lost Control", is something that will stay fixed in my visual memory forever.


"Hooky was pretty animated on a few tracks, and I recall a broken bass string hanging down from his guitar - not something you usually saw at concerts. "Colony" also stood out as fantastic and alien-sounding. The set seemed to be over very quickly, and there was a feeling of...well, I suppose it was "shock" more than anything at watching Joy Division perform.


"The Buzzcocks seemed to come on almost immediately to play their pop songs. When audience members stood up, unchallenged by the bouncers this time, I just walked out of the hall into the rain - it was October and sleety - down to the bus station. It didn't seem right watching any other band, especially the poppy Buzzcocks, after what I had just seen.


"Those are my memories of the night - the first time I've ever written it down in the 30 years since. I know I cannot really convey what it was like and wish I could recall more, but that is about all I can really remember now."

Profound thanks to Adrian for the reminiscences.